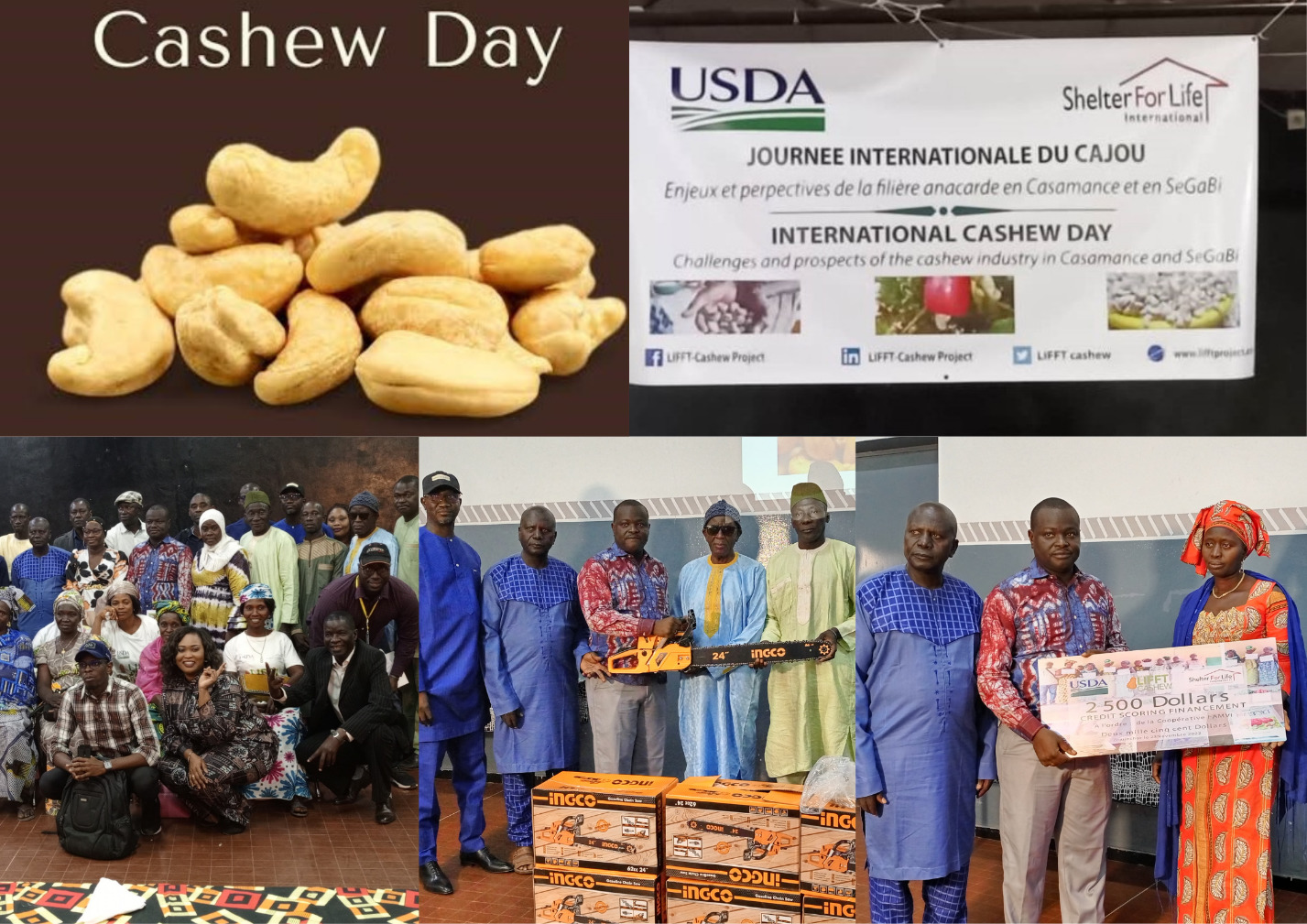 The main objective of this day was to communicate on the importance of the cashew sector and the challenges to be taken up in the SEGABI zone, but especially to make visible the work carried out by SFL since 6 years. It brought together the actors of the cashew sector with the major challenge of promoting cashew nuts, allowing the actors of this sector to make the most of it.

If we look at history until 2021, Senegal is the 13th largest cashew nut producer in the world according to the WFO. However, the country is still struggling to earn a decent income from the sector, capable of satisfying the needs of the several thousand families that depend on the production and marketing of the product.

Today, even though cashew nut production in Senegal has reached a level of about 30,000 tons, most of the cashew nuts are grown in Casamance. Hence this framework created to take stock of the ascensions of this sector.

Shelter For Life in 6 years of existence has been able to support these actors financially to more than 650 MILLOINS CFA francs thanks to funding from the United States Department of Agriculture USDA. This day was also an opportunity for Shelter For Life to grant a check of 5000 Dollars to the women of two cooperatives of Ajac Lukaal and Famvi for their income generating activities and then chainsaws for the cooperatives.

However, these actors are asking the Senegalese government to subsidize cashew nuts in the same way as groundnuts, millet or rice.

A RAY OF HOPE FOR PRODUCERS

Faced with the need to sell their merchandise in the face of a crying lack of infrastructure for the conservation or processing of their production, and faced with selling prices set by the state, which, according to the farmers, does not take into account the opinion of the producers but rather that of the international subsidiaries that decide on prices. Cashew nut producers often give in to the temptation to sell their goods on the black market, through intermediaries who offer them attractive prices, even though on paper, law prohibits the practice.

Solutions are however possible, in order to boost and protect the sector and its actors. The establishment of a sales system that would favor producers, buyers and processors and allow producers to get rid of illegal practices and the pressure exerted by the black market.

For that, it would be necessary according to the producers, processors attending this day to provide more financial support to revitalize local processing to create value added and focus on a strategic to establish a mechanism profitable to processors and cooperatives.