Introduction to the Cashew Business (Senegal and The Gambia) 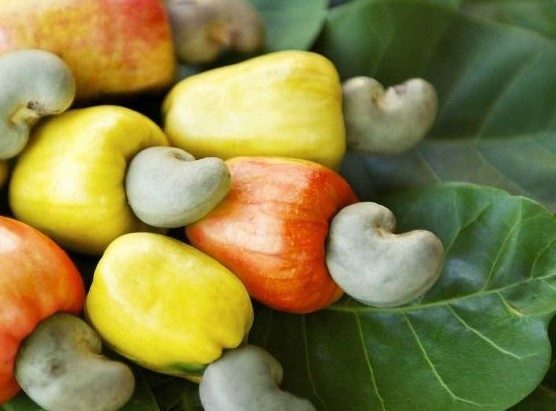 Cashew nut processing and exports are relatively new to The Gambia and Senegal even though the cashew plant has a relatively long history in Senegal. Already in the 1940s the tree was introduced by the colonial Senegalese government. Until the 1970s occasional plantings took place meant as a means of reforestation and soil stabilisation, and providing hedging for mangoes and other crops, windbreaks for vegetables, fruit for juicing and fermentation, and firewood. With the war in Guinea Bissau starting many cashew farmers fled to Southern Senegal bringing cashew seeds and experience in cashew production to the region. Migration from the region brought the knowledge to The Gambia as well. This knowledge transfer in combination with the demand from cashew buyers displaced by the war in Guinea Bissau as well supported the commercialization of the crop in the 1980s. Finally, in the 1990s significant volumes became available to attract buyers which brought about a further development of the sector. Nowadays, production has reached a level of around 26,000 tonnes in Senegal and 9,000 in the Gambia. In Senegal, most cashews are grown in Casamance. Here, cashew growing can be found in the whole region. As one of very few sources of income for the rural population cashew production is quite important in economic terms. Smaller production areas are located in the regions Fatick and Thies. Near the town Sokone in Fatick region a relative stable production of 500 – 1,000 tonnes takes place. In Tivaoune Department of Thies region another estimated 1,000tonnes of cashew are produced. In all three regions land is becoming scarce but there is clear enthusiasm for planting where possible. Overall, production is likely to increase in the medium term as new plantings mature.

In The Gambia, production takes place on both sides of the River. On the Southern side production is concentrated around Brikama, 30 km south to Banjul. On the North Bank cultivation areas extend a considerable distance upstream. Overall, an estimated 20,000 hectares is under cashew cultivation in the country. But estimations are rather difficult to make since intercropping is the prevailing planting style. Intercropping is typically done with maize, millet or groundnuts. Since Gambian trees are mostly less than 10 years old there is further potential for production to increase. The cashew harvest in Senegal and The Gambia comes at the end of the West African season. While there are no other harvests elsewhere in the World that compete at this time, the market tends to be well supplied. The evacuation and sale of the Ivoirien crop, the biggest in Africa, continues as the Senegal/Gambia crop is picked. Even though Senegalese and Gambian nuts are of higher quality (in terms of nut size and outturn ) such concurrence of volume in the market weighs on prices. Nationally, in both countries the cashew harvest arrives when there is little other work to be done in the fields and when stored food runs short. Therefore, the revenue from cashew can have significant implications for food security. Even though farmers’ knowledge on prices is limited their share in the FOB value of the product lies at around 60 to 65% of the FOB value and interviews indicate that cashew is perceived to be “more profitable” than groundnuts. In sum, farm gate sale bring an estimated 15 million US Dollars to the rural economy: around 4.1 million US Dollar (135 million GMD) in The Gambia and 11.7 million US Dollar (5.85 billion CFA) in Senegal.

The cashew value chains in Senegal and in The Gambia are very similar. They are simple and direct with the harvest passing from farmers to buying agents who work for larger collectors. At the collector’s level, the value chains of Senegalese and Gambian cashew converge into a single export conduit with a few Banjul-based export companies handling the crop from the two countries. Exports through Banjul are further supplemented by occasional smuggling from Guinea Bissau. Cashew exports through the port of Dakar are much less since Banjul is the better located, lower cost port. Almost all cashews exported leave to India. Indian national exporters have done much to stimulate production as well as marketing the output: not only have they encouraged production by buying the crop directly from the farmers, but some have also worked with farmers to teach quality aspects and seed selection for planting. While processing remains a desirable objective it is most likely that India will remain the major buyer of the RCN with Vietnam likely to also buy. RCN exports that by value account for 80% of the agricultural exports of The Gambia and roughly 2% of agricultural exports from Senegal are likely to further increase.

The outlook for Senegal and The Gambia as producing regions is encouraging: its cashew sectors are gaining momentum. We note the upward trend in exports, we see investment in warehousing for cashew on the approaches to Banjul, and we find new planting in the major production areas. The two origins have the potential to expand output much further. The increasing affluence of India and China have more than compensated for the slowdown in demand growth in the West. And, even more importantly, these markets now take up some of the inferior grades that were more difficult to market in the past. This is clearly encouraging for the small producers such as Senegal and The Gambia.