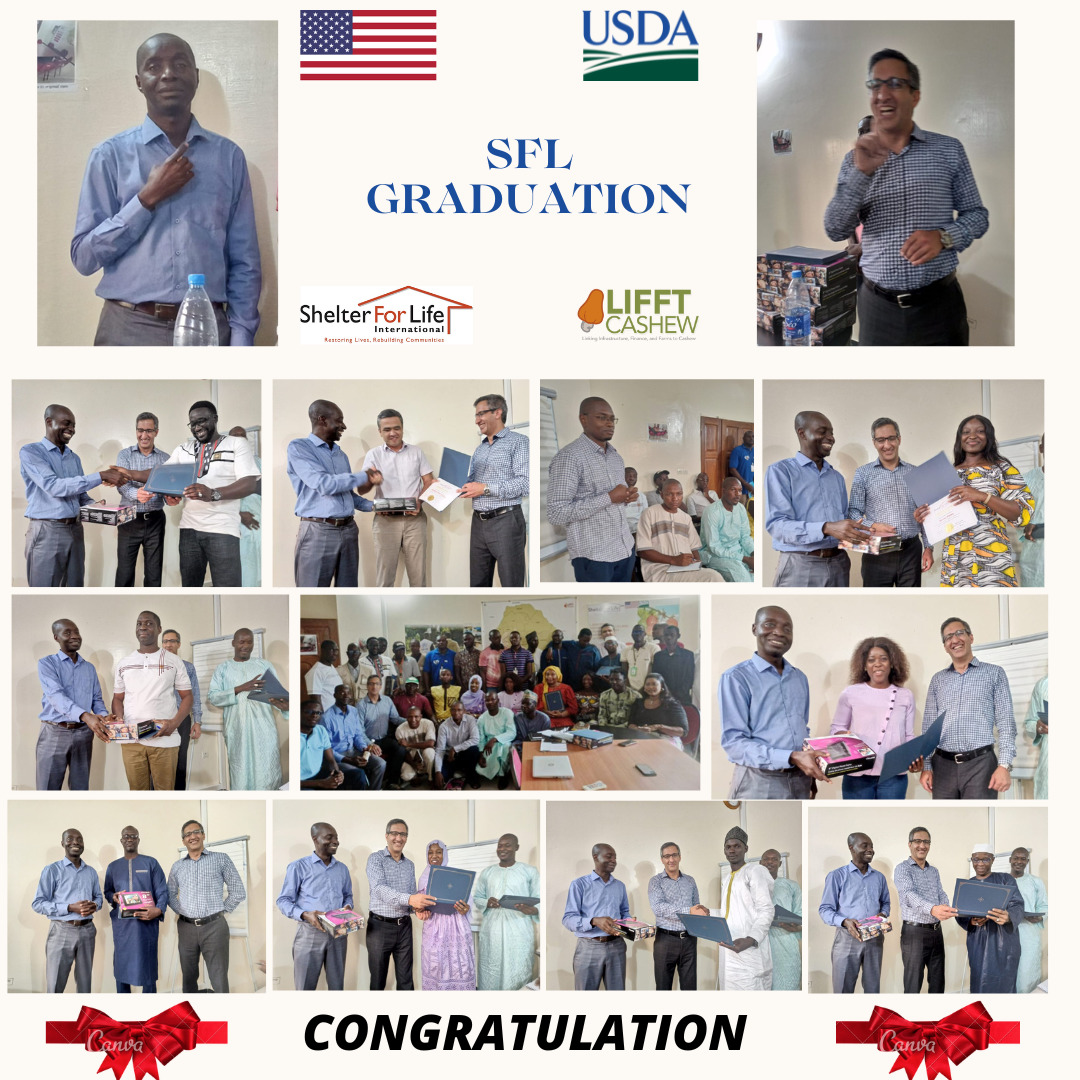 ”Only work pays » As the saying goes. This is a reality at Shelter For Life International”

Agents have just been honored for a job well done, for their years of work and loyalty within this NGO which for 30 years has been working to serve populations in difficulty, particularly war returnees, Openig up by building roads but also on the cashew nut sector.

The CEO Mr. MOUSTAPHA OMAR was keen to testify his joy to collaborate with this young and dynamic team of SEGABI on the tremendous work done in the areas of intervention of SFL.

Today, as a reminder, SFL beats the record of achievements with six transformation units financed, two of which are in Gambia and four in Senegal, for a total amount of $546,491. As much for agriculture which contributed to the training of 1146 producers in good agricultural practices in order to improve the productivity and quality of nuts.

Distributed sixteen humidifiers to the cooperatives and coached the producers in their use.

We can also highlight the start of the production of semi with nurseries in Senegal, Gambia and Guinea Bissau.

SFL has also played a very important role in the development of the sector with the organization of a regional forum on the single cashew nut market with prospects for the opening of the SEGABI corridor for the free movement of nuts and the inter-state market.

The finalization of the construction of roads in Guinea Bissau and also the signing of more than 65 contracts between cooperatives and buyers for 39,950 tons.

A collective sale of 1500Tons of RCN to buyers by cooperatives.

The distribution of motorcycles, tricycles and scales to add to the long list of actions taken by SFL.

To crown these successes SFL can boast of having accomplished the sponsorship of 12 people to participate in the Master training Program in Accra.